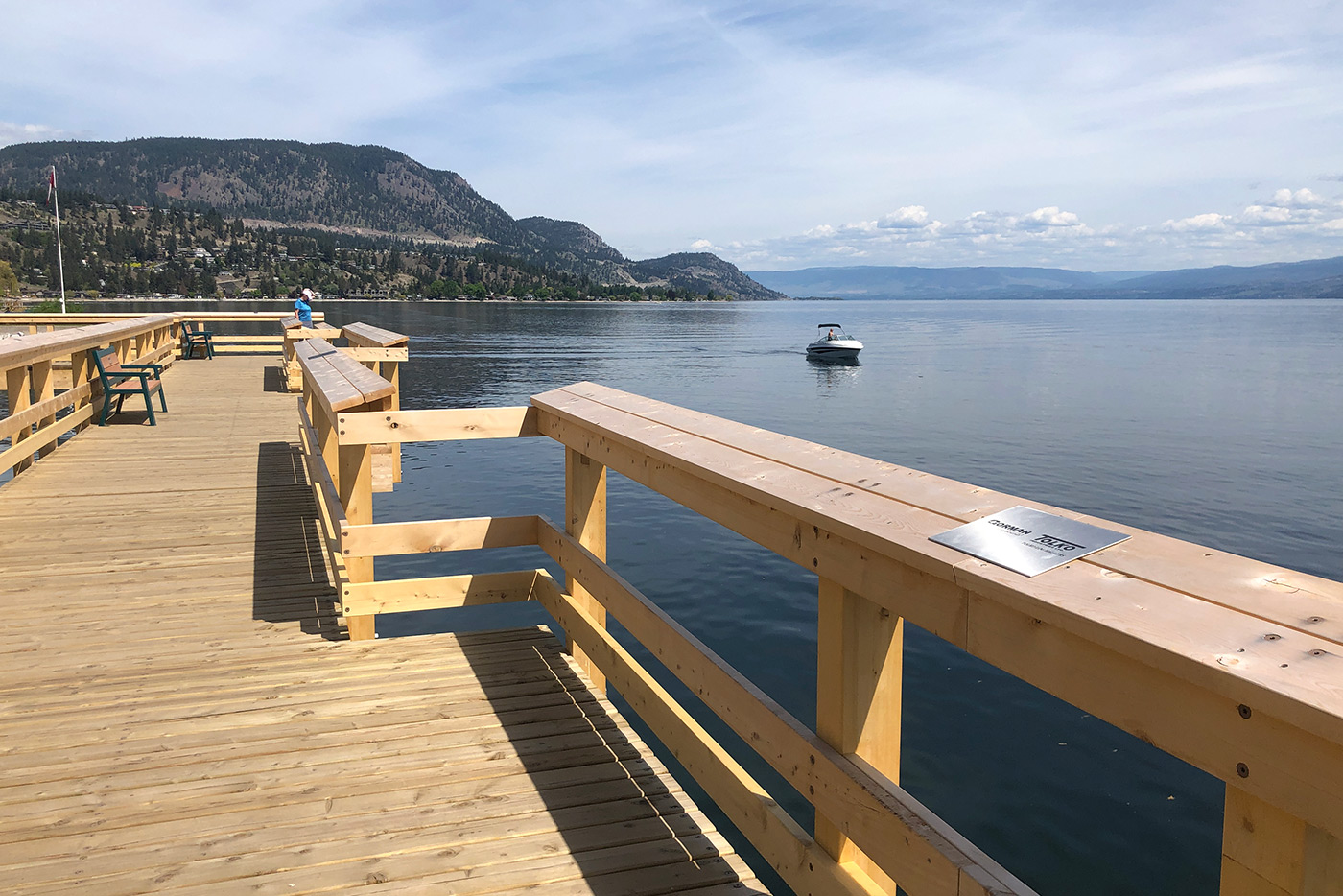 From the Dock Builders: A Peek at the Popular Peachland Pier

Two years ago, in May of 2019, Peachland residents and visitors from the valley and beyond gathered around the shores of Okanagan Lake in anticipation. As the Shoreline dock builders stood to the side, pride colouring their features, the new Peachland Pier was unveiled and the ribbon crossing the entrance to the pier was snipped in half. As a loud cheer erupted from the crowd, the pier was officially opened to the public and ready to be enjoyed for decades to come.

A pier to be proud of

At Shoreline, we pride ourselves on our community involvement. We strongly believe that the only way to strengthen a community is to come together and build it up as a group. So that’s why when we first received the call from John Abernathy that there were plans in motion to build a large public pier in Peachland, we eagerly agreed to help. In fact, we were so excited about the project that we offered up a financial donation, in addition to doing the work.

As the driving force behind the build, Abernathy was extremely passionate in his goal of bringing a well-crafted pier to Peachland. It was an honour to work closely with him during the planning stage right up until we turned those plans into a useful pier for decades to come.

The Peachland Pier, officially named the Ray Kandola Heritage Pier, is made up of high-quality Douglas Fir decking that stretches along the Peachland shoreline for 408 feet. The pier offers dock users nine fishing bays, wheelchair access, benches, and beautiful unobstructed views of the Okanagan Lake and valley. Built to last, the structure rests upon 42 x 60’ steel piles and Glulan structural beams. 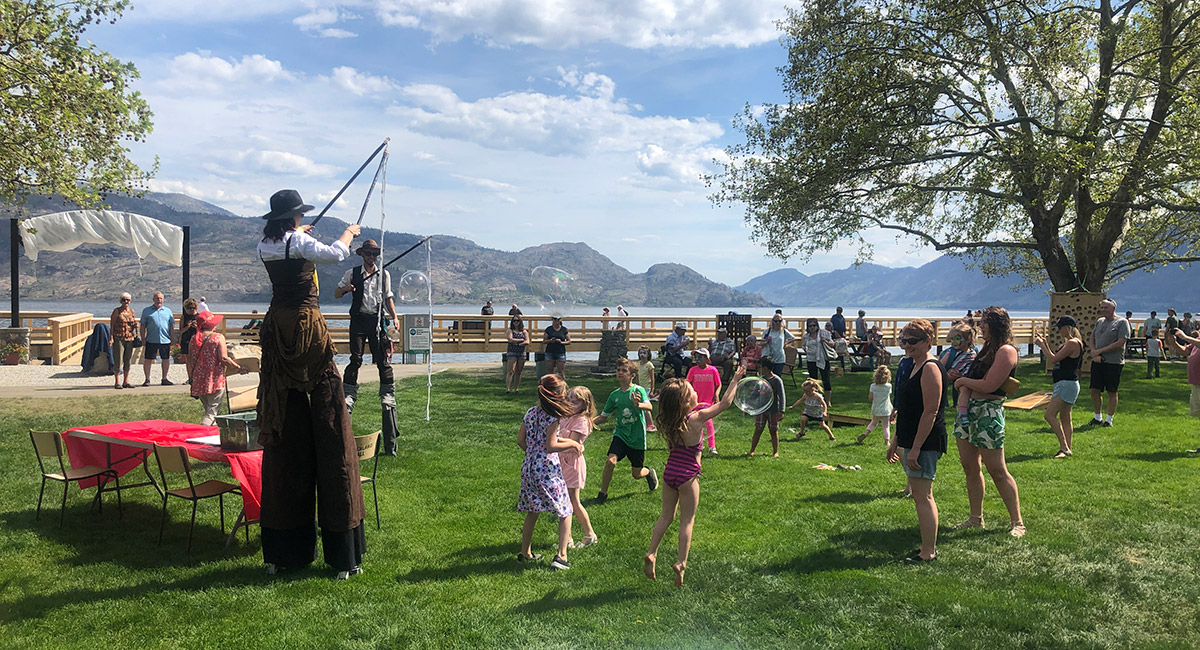 A place for families, friends & fun

When the plans for the build were first considered, the main goal was to bring a functional waterfront structure to the Peachland people. From offering a perfect place to drop a hook to providing lake lovers with a peaceful place to enjoy the sound of the waves lapping against the shore, the Peachland Pier is a true asset to the community. As the first of its kind on the lake, not only does it bring the community closer together, it also provides people with a connection to nature and the beauty of the Okanagan.

Peachland’s passion for the people

In addition to the creation of the Pier, Peachland offers a wide variety of amenities to the people (and visitors) of Peachland. For decades, we’ve worked with Peachland to bring their community-minded projects to their shores. From constructing a wooden dock day wharf that offers free public moorage to Okanagan Lake boaters to installing public wood docks and boardwalks, our relationship with the City of Peachland is one we’re proud of.

From a dock builders perspective, we’re extremely fortunate for partners like Peachland. They give us the opportunity to enjoy our core values through the work that we do. 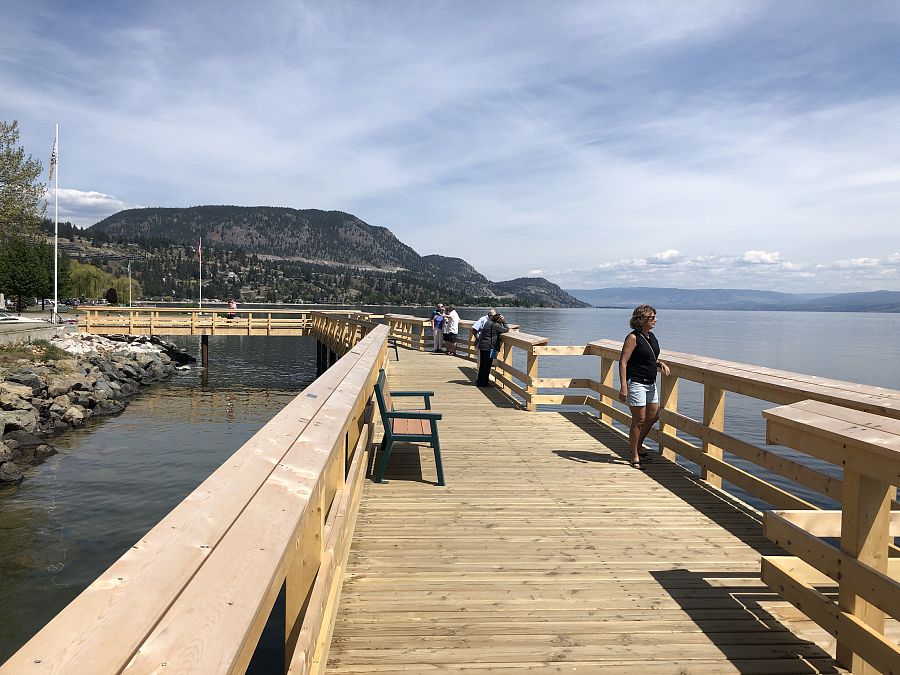 Want to know more about the family behind this community-minded build? In a past blog article we dove into the history of the Shoreline Pile Driving family. Read it here: Keeping up with the Joneses: The Shoreline Advantage.

From building commercial marinas to boat docks for lakefront homeowners, our team of pile driving experts are here to help. Call us at (250) 769-7694 for more information. 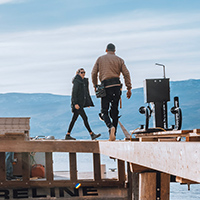 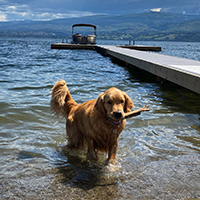